The City of Tacoma is focused on supporting healthy neighborhoods as part of its 2030 Tacoma Climate Action Plan. Guided by a clear municipal carbon neutrality strategy, the city is committed to identifying areas within the organization to implement more efficient, renewable and environmentally friendly resources.

A facility assessment led by McKinstry highlighted a unique and less-explored opportunity for the city to produce clean-burning biogas from its wastewater treatment plant. The biogas will be utilized to fuel the city’s waste collection vehicles and share the resource with neighboring communities.

Biogas, also known as Renewable Natural Gas (RNG), is a renewable fuel produced during the decomposition of organic waste. The fuel can be used in a variety of ways, including to fuel a municipal fleet.

The city’s environmental services department partnered with McKinstry on this forward-thinking project and installed a system that now accepts and processes waste methane from the existing wastewater treatment process to create renewable natural gas. Where a traditional system would then burn off the resulting biogas, this plant instead eliminates the burn phase and creates clean natural vehicle fuel.

Offering many benefits, the plant and the fuel it produces not only offsets fuel costs for the city, but it will also eliminate over 900 tons of greenhouse gas (GHG) emissions per year. This savings is equivalent to removing 170 diesel trucks from the road.

The project was made possible with unique financing solutions, including a large state grant and a federal tax credit program. The combination of this funding and the savings from the project provided a budget for the city to invest in capital improvements for efficiency upgrades, including HVAC equipment and lighting upgrades in the plant. A leader among its neighboring municipalities, the city is also pursuing partnerships with other cities to share their fuel surplus and realize financial benefits through tax credits and revenue.

Leading this project for over a decade, Chief Sustainability Officer Jim Parvey recognizes the city’s accomplishment, “This project demonstrates that a healthy environment can also support a healthy economy. The revenue generated from this project will cover the costs while reducing carbon emissions and helping us achieve our Climate Action Plan goals.”

The City of Tacoma has boldly embarked on its journey to carbon neutrality and creating healthier communities. By aggressively pursuing the goals outlined in their 2021 commitment to reducing the city’s municipal carbon footprint, they are demonstrating leadership for their residents, employees and visitors to build and maintain a thriving community. 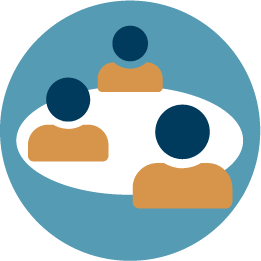 Want to talk about a project?